The Metric System in the U.S.

For today’s American Culture and History lesson, we’re going to learn about when to use the Metric System in the U.S..

Where was the metric system born?

So up until 1799, nations around the world used different systems of measurement. It made trading and commerce incredibly difficult. After the French Revolution, France decided to unify their country with one system, the metric system. Many historians dub Gabriel Mouton, Mouton probably, from France the creator. He created the metric system back in 1670.

So the metric system was incredibly user friendly, so user friendly that many decided to adopt it. Britain did not. Who knows why? Maybe they had problems with France being their rival. What matters is that they stuck to the imperial system, a system based on what people knew well, the body.

How does the imperial system use the body as a reference?

An inch was the width of a man’s thumb. A yard was the length of King Henry the first’s nose to his thumb, that was about thirty six inches. A foot, at the time, was about eleven inches or so. And nowadays it’s about the length of an average man’s foot, which is 12 inches or twelve thumbs, if you want to think of an inch like that.

As Britain continued to colonize new countries in the 18th and 19th centuries, they brought the imperial system with them. It wasn’t until 1965 that Britain gave up the battle and began to transition to the metric system. India, Canada, Australia and South Africa followed suit.

So did metrication, or this process of transitioning to the metric system, just happen overnight?  … 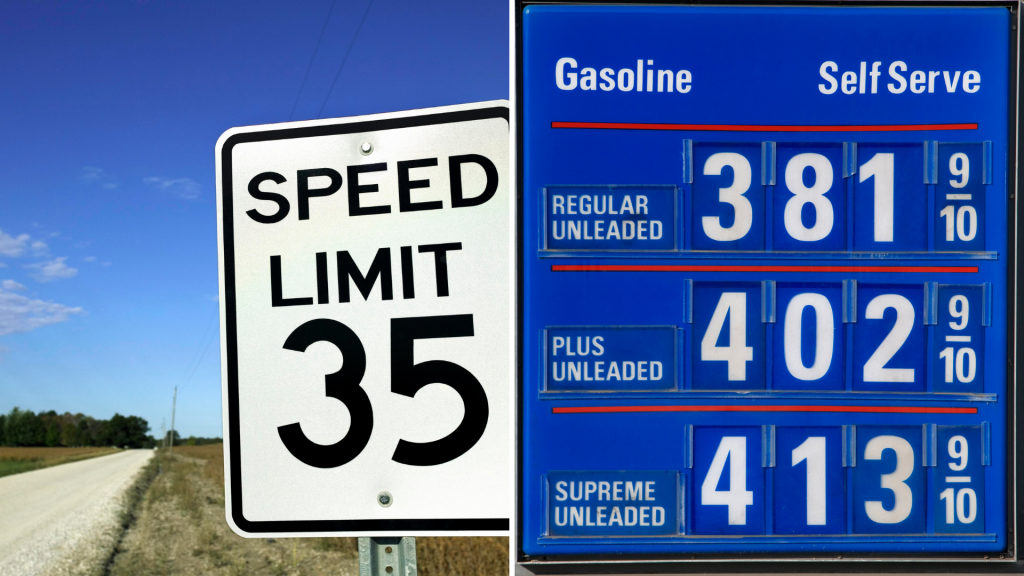 Gas prices are displayed using gallons, although oil is purchased in liters.

Learn More
Categories: Culture and History
Tags: How it Works