The Liberty Bell is a symbol of freedom; you'll see it on U.S. stamps, on our money and elsewhere. Learn all about it in today's episode. 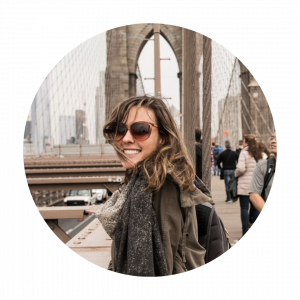 To learn ONLY about the Liberty Bell, start listening at minute 10:49

We talked about Philadelphia, Pennsylvania, back in episode number fifty six when I shared the story of the first Philly cheesesteak. In that episode, I mentioned a few different things that you have to do in Philadelphia if you visit: You have to run up and down the iconic steps like Sylvester Stallone in the movie Rocky (singing). You know which one I’m talking about.

Back before the Revolutionary War, before the United States claimed its independence from England and before Washington, D.C. was chosen as the seat of the U.S. government, Philadelphia, Pennsylvania, was where many important political decisions were made.

It’s where George Washington was chosen as the commander in chief of the Continental Army. It’s also where both the Declaration of Independence and U.S. Constitution were established by the Founding Fathers.

According to NPS.gov, Independence Hall is the birthplace of America." Right. Or the United States, for those of you that don’t like the term America on its own.

Before Independence Hall was called Independence Hall, it was just the State House of Pennsylvania. And from the get go, it was where lawmakers would convene. In other words, they would come together, debate new legislation and of course, create new laws.

In 1751, a bell was commissioned to be displayed at the top of the State house. The reason for the bell was not only to commemorate a 50 year anniversary of Pennsylvania’s first constitution, but to serve a purpose.

The bell would be rung when lawmakers were to come together. It would also ring to signify that news would be announced. That’s right. Instead of printing the news and distributing it, the news would be read publicly. Right. And this is back in the 1700s. There was a problem, though, the first time the bell was rung, it cracked and needed to be rewelded. So it was reworked with more copper and was hung again in perfect condition. 2,080 pounds.