To listen to the story of Competitive Eating in the U.S. start at minute 9:52.

Today, competitive eating is popular throughout the United States, Canada and Japan. And over 70 events are hosted nationally each year. Competitive eating in general doesn’t come without criticism of course, many famous Americans – actors and actresses – have been very vocal about how such events promote gluttony and worsen problems of obesity in the United States. Because in effect, the event shows that eating in excess is OK.

Matt Stonie, one of the top competitors in the US, admits that, "what we do on stage is gluttony." But the fact is, competitive eating events and the Major League Eating Association use their position in the media spotlight to showcase charities and food banks that fight hunger.

In fact, a good amount of money and food is donated each year because of these events. Matt Stonie says it doesn’t really matter if I personally eat "two or 60 hotdogs" there is an overall positive impact as a result of this event. 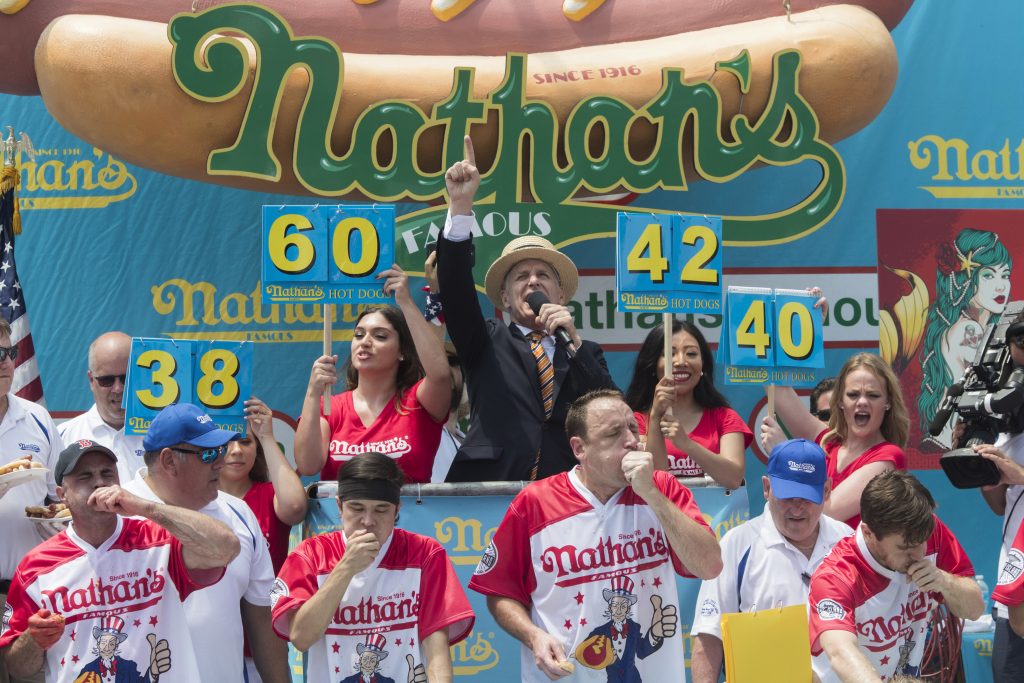 For the full transcript to this audio, you’ll need to gain access to Season 2 or All Premium Content.