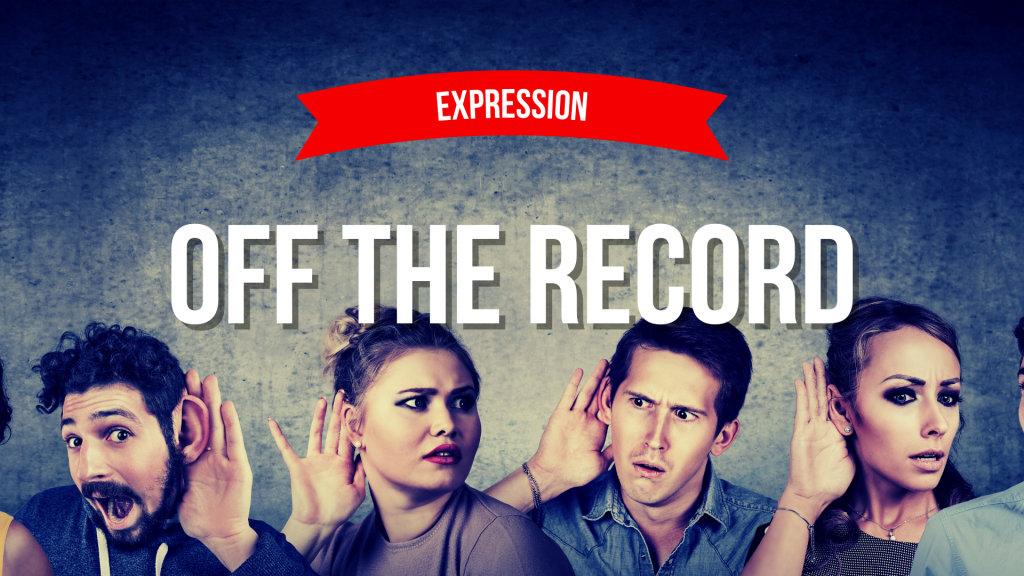 Hi, everyone. Hope you’re well. I’m a little bit sick today, but I hope you bear with me as I go through this very fun episode.

So this is episode number 129, and we’re back with another expression: Off the record. As usual, in these expression episodes, you’ll hear a joke, you’ll hear how to use a new expression in everyday conversation, and you’ll get to practice your pronunciation. It’s going to be a fun lesson today, and there are two parts to it.

Episode number 129.2 is about a psychology experiment called the Monster Study, which took place in Iowa in 1939. Be sure to stay tuned for part two. The Monster Study is wildly unethical by today’s standards. It involved orphans. Orphans are children who have lost their parents. And it also involves language, speech, specifically stuttering and how criticism can impact the way that we develop.

Let’s jump right into the lesson for today. We’re going to begin with a joke. Are you ready?

That was my daughter, Julia. She’s about three and a half now and I honestly think this is the first joke she’s understood.

But we’ll go through it anyway, because, of course, this is a learning experience.

So knock knock jokes are extremely common in English and they always have the same format. It starts by someone knocking on the door, knock knock, and then someone answering, Who’s there?

In this joke, the person at the door is named Boo. The person standing behind the door wants to know who Boo is. And so they say, Boo who? As in, What’s your last name? Boo who!

What makes this joke funny is that boo who, who spelled W-H-O and boo hoo, hoo spelled H-O-O are homophones. They sound the same, but they are spelled differently and have different meanings. The second meaning to boo hoo is an exclamation and it expresses crying.

Aww, did you fall and hurt yourself? Boo hoo!

Based on the way that the person says, boo hoo, it can sound a little bit sarcastic. Oh, did you fall? Oh, boo hoo. Like, stop crying. Get up. You can be stronger than that.

The speaker in this joke, the person behind the door – who said Boo who, as in Boo, what’s your last name – may not have immediately noticed the second meaning of boo hoo. And so, in effect, they became part of the joke. Right?

That’s the end of the free part of this transcript. To access the full transcript, check out Season 3 or All Premium Content (see below). 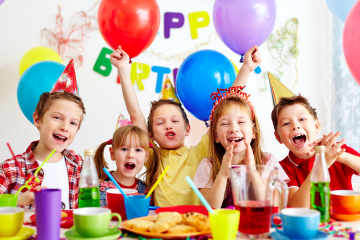 Can you remember your favorite birthday parties? Can you talk about everything that happened at them in English? Now's your chance to learn how.