In this episode, you'll learn how to use the common English expression BENT OUT OF SHAPE and all about TORNADOES IN THE U.S.. 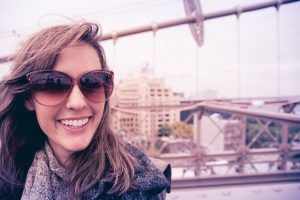 "This type of tornado is pulverizing everything in its path. Huge, heavy objects thrown into the air and carried several hundred feet. Oh, jeez, you’ve got to be kidding me.

Look at this. This beat up three thousand pound car. It was lost by the tornado and tossed around like that piece of wood that we saw earlier. It could have come from a mile away. It’s mangled, we got gasoline leaking out; that’s even creating more hazards."

Hey, everyone, welcome back. Today, we’re on episode number 96. In that introduction, you heard a meteorologist named Jim Cantore talk about an EF-4 tornado, a category of tornado that has the ability to lift and throw a three thousand pound car. That audio was taken from a very entertaining video on YouTube called A Tornado Hits the Weather Channel. All categories of tornadoes, both the harmless level one tornadoes and deadly four, five and six tornadoes exist in the United States.

Tornado Alley, a region of the United States, is more affected by tornadoes than any other region in the world. In today’s episode, we’ll be talking about Tornado Alley, but also about tornadoes in general. This is a topic that wouldn’t be complete without talking about how they occur, why the U.S. has so many and how to protect yourself from them if you happen to be in the wrong place at the wrong time.